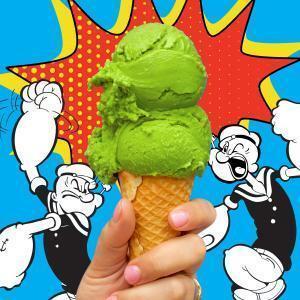 This exclusive Van Leeuwen treat continues King Features’ year-long for Popeye’s 90thbirthday, which kicked off with a robust merchandising program and new entertainment including Popeye’s Island Adventures, a new animated short series for children airing exclusively on the Popeye and Friends Official YouTube channel, and the debut of the highly-anticipated “Popeye’s Cartoon Club” comic strip series on ComicsKingdom.com.