Popeye > Blog > Entertainment > BE BALD. BE FREE. TODAY – AND ANY DAY!

Did you know today is Be Bald and Free Day? There’s nothing wrong with having no hair, or a “chrome dome!” Be Bald And Free Day is all about being liberated, leaving your hat or wig at home, and facing the world without hair. 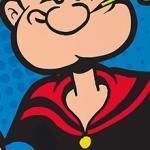 We thought that was interesting because Popeye AND Olive Oyl went bald earlier this year in solidarity with the Little Baldies.

What’s all this about Little Baldies, you ask? In April, which is Cancer Awareness Month, Popeye gave up the little hair that he has on his head – and Olive shaved off all of hers —  in honor of Bald Cartoons, a global awareness project launched in Brazil that aims to spread the message that a child with cancer deserves to be seen just like any other child. 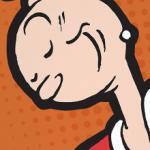 Cartoon characters recognized around the world, including Popeye and Olive Oyl,  joined forces to empower little ones with cancer to face the world and show that bald is beautiful. Check them out – and the Little Baldies video — that launched the campaign.